From Don’t Stand Still by The Original Snakeboy

But one thing we weren’t quite prepared for is the kinds of videos that Google sells ads against on YouTube.  Try searching YouTube for “Thai teen girls” and this is what you get:

So in case you don’t know about Pattaya girls, let’s Google them–and check out the paid ad: 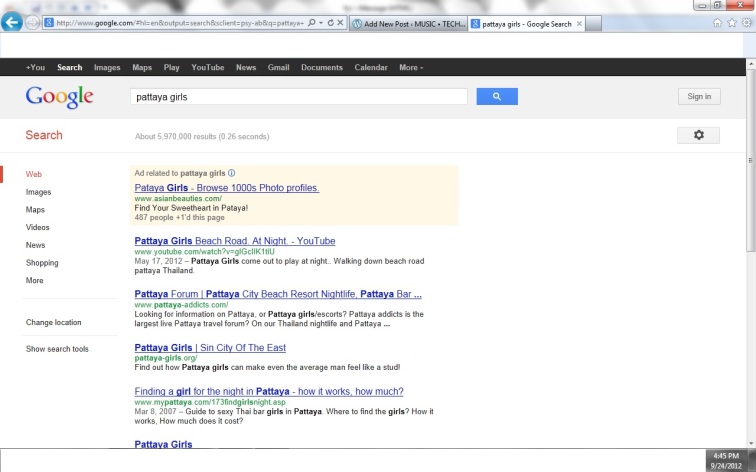 So if you were to ask Google about this, they would probably tell you about all the money they’ve given to trafficking…