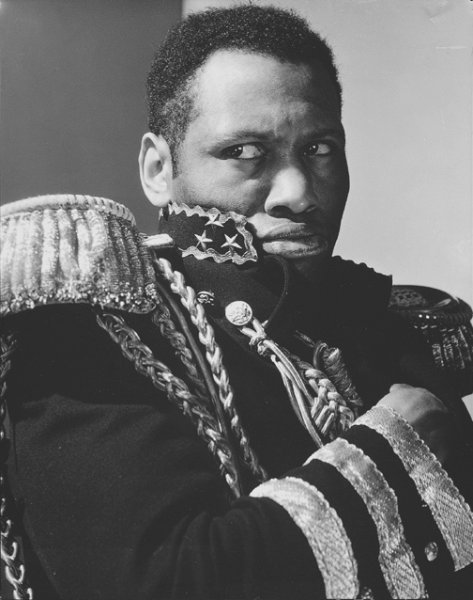 Why?  Most corporations follow the very democratic ideal of one share one vote, certainly with the common stock holders.  Very Western Civ kind of theory, right?  Quick gut check–isn’t there something sickening about empowering a class of citizens with more than one vote?  How about empowering them with 10 votes to your one?  How would that feel?

The Roman dictator Sulla is credited with originating the practice of decimatus from which we derive the word “decimation”.  The practice was military in origin and was a punishment meted on a Roman cohort often for the dishonor of the unit such as mutiny or abandoning the line.  The cohort (about 500 men) was divided into groups of 10 and each group drew lots to identify a single soldier to be killed by the others, usually clubbed to death.

Google practices a kind of reverse decimation as the three Google insiders Eric Schmidt, Larry Page and Sergei Brin are the only Google stockholders who are allowed to hold a class of stock that gives them 10 votes for each share.  And extending the Roman motif, holding this 10:1 voting power over other Google stockholders affords them a kind of co-emperor status–for you Roman Empire fans, think Diocletian and Maximian.  I guess you could say that Schmidt is the senior co-emperor and Page and Brin are the junior co-emperors.

But co-emperors they are indeed with a 10:1 power to decimate the lesser stockholders who dare challenge them.

The futility of stockholder votes at Google became obvious at the Google stockholder meeting last week where ordinary stockholders were decimated by the 10:1 voting power of the co-emperors.  (The transcript is available on Seeking Alpha.)  The emperors’ slate of candidates for board of directors were elected, banana republic style.  Five shareholder resolutions were presented by the disenfranchised stockholders and all five were voted down, a foregone conclusion before the resolutions were even presented to the emperors’ hand picked and compliant board of directors.

So why would Google’s emperors create this rubber stamp culture for what is likely the most powerful media multinational in the history of commerce?  One reason is because the law allows them to do so–they do it because they can.  If our elected officials cannot summon the courage to break up Google, they might be able to find the fortitude necessary to change the corporate law to ban the ability of insiders to decimate shareholders.  If you’re looking for a silver bullet worthy of Eugene O’Neill, that might be pretty close.

Another reason is because they want all of the benefits of being a public corporation with few of the responsibilities and none of the obligations of governance.

But perhaps there is a simpler explanation.

Perhaps they have something to hide.  Like paying $500,000,000 of the stockholders’ money to keep the emperors from being indicted and perhaps doing time for violating the Controlled Substances Act after a multi-year federal sting operation and grand jury hearing at which Google was forced to disclose 4,000,000 documents.

Or more likely, perhaps the emperors and elected officials need to hide the same thing–particularly at the state level where corporate laws are made in the U.S.

The transparency of Google’s lobbying disclosures was raised by Danielle Ginach, representing a holder of 115,000 shares of Google stock worth roughly $60 million.  A modest proposal in a shareholder resolution from Ms. Ginach’s group of stockholders that would require greater transparency by the emperors in how they are spending the stockholders’ money on lobbying was promptly shot down by the insiders.  In fact, it was likely dead before it was introduced.

If this all feels familiar to those of you who negotiate with Google, now you know where it comes from.

The stockholder meeting was officiated by David Drummond, Senior Vice President, Corporate Development and Chief Legal Officer for Google.  And not to worry, he doesn’t get the 10:1 benefit, either, and neither does any other Google employee besides the emperors.  Which tends to keep the barges toted and the bales lifted.

Thank you very much, Ms. Shaw. We have the second stockholder proposal which is being brought by Walden Asset Management, as the lead filer and is joined by a number of other organizations including Sonen Capital. We have Ms. Danielle Ginach of Sonen Capital, who will be presenting this proposal, there she is. Ms. Ginach, you have three minutes.

Thank you and good morning. My name is Danielle Ginach of Sonen Capital, representing Walden Asset Management, the primary sponsor of this proposal. Together, we own over 115,000 shares of Google. On behalf of Sonen, Walden and approximately 30 additional co-filers including the state of Connecticut pension fund, I’m pleased to move resolution number five seeking information on how Google directly and indirectly works to effect legislation and public policy. This request for transparency has been made to hundreds of companies, many of which have proactively adopted policy in favor of more robust lobbying transparency, indicating acknowledgement of this as a best practice. Google has spent over 63 million in federal lobbying in the last five years, ranking one of the top five companies in lobbying spending over the last two years. While Google has taken steps towards disclosure, this revolution requires expanded disclosure of where this lobbying dollars go.While Google discloses a summary of direct federal lobbying on the website, there is incomplete disclosure about spending at the state level. We’re obtaining comprehensive lobbying information as described by an expert is “nearly impossible, given the presenting manner in which data is captured and made available online”, effectively burying this information at the state level. Google lobb[ies] extensively at the state level with what has been described as “an army of lobbyist from coast-to-coast to protect its emerging technologies from new rules and restrictions.” [Like artist rights.] To make these activities more transparent and accessible, we recommend that Google provide a summary of dollars spent quarterly as well as the major issues that it’s actively lobbied in favor at both the state and federal levels. Google also does not disclose meaningful details beyond the names of over 100 trade and advocacy organizations they’re in support of, how they value exterior lobbying positions or even the size of contributions made.These disclosures are absolutely necessary in order to evaluate Google’s role in trying to affect legislation and regulation. We do want to congratulate Google for the company’s public decision to withdraw from ALEC, a known climate denying group actively working to combat renewable energy standards at the state level. Google acted on its stated values when it withdrew from ALEC. An action we enthusiastically commend. However there are other trade associations whose actions conflicted Google’s values. For example, Google is an active member of the U.S. Chamber of Commerce, a group that has spent a billion dollars on lobbying since 1998, which has already sued the EPA and plans to sue them again this summer, once EPA formulates its new regulations addressing climate change.

Clearly that’s — it creates an outright conflicts with our stated environmental position to address, limit and mitigate the effect of climate change. As a logical expression of stated policies, we ask that Google join Apple, Microsoft and others in speaking out to proactively distance the company form the Chambers actions which impede responsible climate policy as well as ask that you join other companies in publicly endorsing necessary forward looking legislation.

Our company is a national leader in so many positive social and environmental values that deserve to be reflected in how our lobbying dollars are spent. This resolution is calling for disclosure and transparency around lobbying, it’s an important step that strengthens Google’s mantra of corporate responsibility and objective to do no evil. My colleague Will Morgan will second the resolution. Thank you.

After the shareholder proposals were made and argued, David Drummond announced the disposition of the emperors:

[I]t’s important to tell you that we’ve received sufficient proxies before the meeting to know that all the proposals discussed today will either pass or fail in accordance with the recommendations that were made our Board of Directors that are described in the proxy statement.

However, we want to make sure that everyone gets a chance to vote. [Even though the outcome is predetermined by decimation.]

And if you want to vote and you requested a ballot when you registered, please complete that now. We’ll give you a moment to fill that out if you haven’t and if you could raise your hand and — so we have some folks who can collect your ballot if you need them to.

Anyone else have a ballot that needs to be collected? There is one in the back, one here. Okay, it looks like we’ve got all the ballots collected. So, I can declare the polls closed. So, here are the results. I’ve been advised by the inspector of elections that the nominees for the election to the Board of Directors have been duly elected. I’m also advised that a majority of the shares of our Class A and Class B common stock [the emperors hold Class B] that were entitled to vote and that were present here today, voted in favor of the [emperor’s proposals–shocker].

So let’s get that straight:  Not only do Schmidt, Page and Brin have the votes rigged so they always get exactly what they want, they actually voted against equal shareholder voting.  This isn’t just a fluke of corporate law.  This is the considered judgement of the Google insiders and their lapdog board of directors.  And you’ll note that David Drummond didn’t need to count the futile votes against the equality and disclosure regulations because he already knew the resolutions weren’t going to pass, as I suspect the opposing minority did as well.  So in an election result that Mr. Putin would envy, the emperors won with 1000% of the vote.

If you’ve wondered why Schmidt does the crazy stuff he does, why he talks over the Chief Technology Office of the United States at a public meeting on women in technology companies, not to mention his shambolic personal life, here’s why, too.

There’s no one to tell them to stop.

One thing is for sure.  When this one goes down–and it eventually will go down–it will make one hell of a bang.