The White House now has a Spotify account.  You would know this if you happened to run across the 500 or so stories about President Obama’s Spotify playlist in the news.  Is this a particularly remarkable occurrence?  Not really–except for one thing.  Something you won’t find in any of the earned media.

So how might this have come to pass–now.  Curious timing, wouldn’t you say?  Maybe not.  Aside from the fact that Kara Swisher of Re/Code reported that Google’s head business executive Omid Kordestani is on the Spotify board and ex-Google employees are in leadership roles at the White House (starting with Megan Smith, the Chief Technology Officer of the United States and former vice president of business development at Google), Spotify hired Jonathan M. Prince, the Obama Administration revolving doorman and Clintonista. 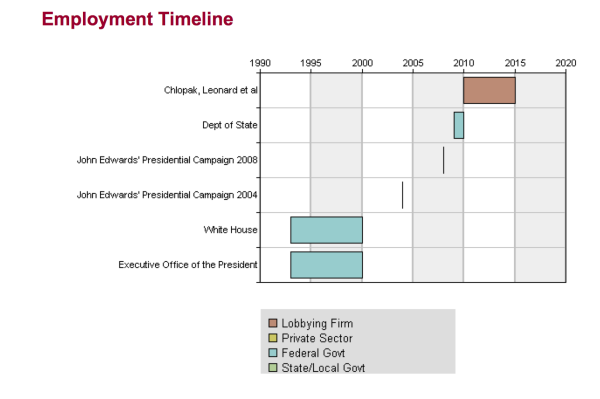 One of Mr. Prince’s duties appears to be running Spotify’s brand new in-house shillery as reported by Tech Times:

Spotify recently hired four outside lobbying groups who have been privately questioning Apple’s practices in meetings with politicians. Specifically, Spotify has been alleging that Apple took advantage of its size and power in creating unfair deals with various record labels. Spotify is also raising the issue of Apple’s standard 30% fee on all subscriptions purchased through its App Store, the fee which Spotify recently notified its users they could cut by cancelling and resubscribing.

Spotify’s global head of communications and public policy, Jonathan Prince, described the company’s political intentions as a more general effort to keep lawmakers up to date on the latest developments in the area.

Right…just keeping “lawmakers up to date”.

Given Mr. Prince’s easy access to the White House, you have to wonder if keeping “lawmakers up to date” included coordinating an announcement and press event around the White House adopting Spotify, starting with President Obama’s playlist.

How many press releases do you think Spotify is going to milk out of this one?

Not to mention fawning coverage like this from the L.A. Times:

The world’s most popular streaming service revealed on Friday that the world’s most powerful man, President Obama, and his administration have launched an official channel on Spotify, and will be contributing playlists to the service.

Maybe this was some kind of coded message to the FTC?  Is that phrase “the world’s most popular streaming service” a dog whistle for “slam these monopolists”?

What do you think?

Or do you think that this smacks of..whatchamacallit…crony capitalism?

According to the Spotify press release:

Over the years, the White House has continued to grow its social media presences and find new ways to connect with people all over the country through a range of platforms. On Spotify, you can expect to see the White House share playlists created by administration officials, as well as playlists curated around events and issues to engage the public and acquaint them with the people working in the administration.

Do you think that the White House is participating in Spotify’s chest beating about being better than Apple Music?  That would be the Apple Music that scored 11 million subscribers in less than 2 months, nearly half of what it has taken Spotify 6 years to convert?

Don’t get sidetracked on this–this is not a political issue.  It’s also not a matter of whether President Obama or other White House folk use Spotify.  We all use a host of products.  Not all of us have a platform like the White House from which to endorse a product.

The point is that it appears that Spotify is using its lobbying muscle to (A) go after Apple Music at the FTC rather than just meeting Apple in the channel with their big boy pants, and (B) get the boss of the FTC to pick a winner.

Spotify definitely ain’t too proud to beg.  It smacks of real desperation, and however much artists may be flattered to be on the President’s playlist, I doubt they’ll be that flattered when they realize their music is being leveraged in the name of crony capitalism.

It stinks.  If they’re going to get the President of the United States to endorse their product, they could at least have the White House encourage subscriptions.

But then–he is the leader of the free world.