Omid Kordestani, who has just temporarily replaced Nikesh Arora as chief business officer of Google, is joining the board of Spotify, according to people with knowledge of the situation.

In addition, sources said, one of the search giant’s former execs, Shishir Mehrotra, will become a special adviser to CEO Daniel Ek and the company’s management.

The move is a fascinating one, especially since sources inside Google said that new YouTube head Susan Wojcicki has expressed interest in acquiring the popular online music service if it were for sale. It is not currently and there are no such discussions going on between the pair about such a transaction.

Thus, the new appointments appear unrelated. And, to be clear, Google’s top execs often join boards of companies, both with corporate ties to them and not.

Today — based partly on a previous filing by Google about an unnamed foreign company it tried and failed to buy for $4 billion to $5 billion and a line I had in a story that noted that a top exec at the search giant had expressed interest in buying Spotify — the Journal is reporting that Google tried to buy the music service, but walked away because the price was too high.

Riveting, perhaps — but not so much, again.

According to multiple (I just dialed my little fingers off) sources at both companies, there have been neither formal nor informal discussions between the companies about an acquisition, directly or indirectly.

That said, Spotify co-founder and CEO Daniel Ek has indeed met with Google execs about various and substantive commercial deals at YouTube, Google Play and Android.

Spotify has announced that Google is taking over Spotify’s “infrastructure”:

As a company most often associated with amazing music recommendations and awesome parties (not to mention life-changing employee benefits) [and not to mention shit royalties and stiffing songwriters], it’s rare that we get to talk about the exciting world of technical infrastructure – the real power behind the music – but today is special. Today we are announcing that we’re working with the Google Cloud Platform team to provide platform infrastructure for Spotify, everywhere.

This is a big deal. At Spotify we are obsessed with providing a streaming experience that feels as though you have all the music in the world on your phone. Historically, we’ve taken a traditional approach to doing this: buying or leasing data-center space, server hardware and networking gear as close to our customers as possible. This approach has allowed us to give you music instantly, wherever you are in the world….

Recently that balance has shifted. The storage, compute and network services available from cloud providers are as high quality, high performance and low cost as what the traditional approach provides. This makes the move to the cloud a no-brainer for us. Google, in our experience, has an edge here, but it’s a competitive space and we expect the big players to be battling it out for the foreseeable future.

What really tipped the scales towards Google for us, however, has been our experience with Google’s data platform and tools. Good infrastructure isn’t just about keeping things up and running, it’s about making all of our teams more efficient and more effective, and Google’s data stack does that for us in spades.

Here’s my bet–and I’m going out on a limb here–Google is buying Spotify.  Why?  Because it is becoming increasingly apparent that Spotify can’t render a royalty statement with a straight count, has probably never accounted properly to songwriters and is about to be audited by every mothers son.

First step towards acquisition by Google. Also, how much do you want to bet that Google gave it for almost FREE. https://t.co/1U6vPKYkzy

And if they’re not now, they will be after discovery starts in the two songwriter class action cases brought by songwriters.

Another reason I think Google is buying Spotify is because the tech IPO market is essentially dead for 2016 based on what I see in the markets and hear from friends in that world.  (Check out the “Downround Tracker” reminiscent of fuckedcompany.com.) Spotify is trying to borrow $500 million in debt financing, remember?  The real question is whether Spotify is also issuing IOUs instead of royalties, at least to major labels and publishers.  And if you wonder what happens to those–also known as unsecured debt–check out the Rdio bankruptcy filings. 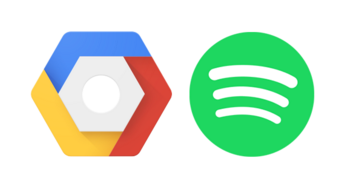 Which leads one to ask–would Google buy the company direct or would Spotify declare bankruptcy first in an attempt to wash out any copyright infringement claims and completely screw the equity holders–including the much vaunted equity holders among record companies–as well as their artists and every songwriter on the planet.

I’m sure all the geniuses in our business anticipated this move, right?  Because we’re not going to allow another MTV to be built on our backs aside from the last ten times we allowed another MTV like, oh say YouTube.

How would you feel about Google being in control of Spotify?  Since Google clearly does not give a rats ass about what artists think of them and intend to continue to sell advertising on pirate sites that they drive traffic to through search among other activities that shock the conscience of everyone who doesn’t work in the Obama White House or Justice Department–they’re a perfect partner for Spotify.

And because ex-Google lawyer Renata Hess runs interference for Google at the Department of Justice and since Google pretty much owns the Federal Trade Commission, there will be no antitrust review of the transaction in the United States.  Europe, of course, is another story.

Remember–on May 12, 2014, Spotify’s director of economics Will Page gave a presentation at the Music Biz Conference in Nashville (hosted by the Google-dominated Music Business Association, formerly known as NARM in a soon to be forgotten day).  As reported by Billboard, Will Page gave the audience a good deal of evidence of Spotify’s domination of the online music market:

Spotify claims to have represented one out of every ten dollars record labels earned in the first quarter….Page’s claim shows the speed at which subscription services are gaining share of the U.S. market. According to IFPI data, all subscription services accounted for 10.2 percent of U.S. recorded music revenue in 2014. If Spotify had a 10-percent share in the first quarter, it’s safe to say the overall subscription share is well above the 10.2 percent registered last year.

Much of Page’s presentation seemed aimed at Spotify skeptics in the audience. While explaining how streaming “is no longer an outlier in the business,” Page noted Spotify has launched in 32 of the 37 countries where streaming is the primary digital source of revenue. Page also pointed out that Spotify is half of the $1.5 billion global subscription streaming market. In the U.S. market, Spotify made up approximately 90 percent of last year’s growth in subscription revenue, according to Page.

So don’t you think that the European Commission should take a close look at the competitive effects of combining Spotify and YouTube?

But here’s the good news–aren’t you glad that the labels traded away your royalty rate for equity?

One thought on “New Shit Has Come to Light: Google is Buying Spotify”