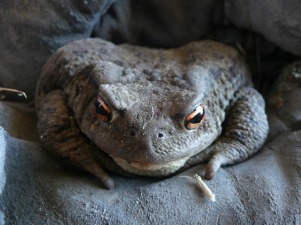 The more the “Music Modernization Act” is discussed, the more rocks get turned over and the more toads jump out from under the rocks with nasty surprises.  Even before it is passed, the MMA is already disrupting private contracts, well settled expectations and a century of law.  Which is a real neat trick by Big Tech, this time in the form of the Digital Media Association (or “DiMA”).  And the most punitive aspect of the proposed bill appears to exist for no reason that relates to the proposed bill’s primary purpose–creating a prospective safe harbor for Big Tech to exploit every song ever written by anyone in the world and every song that may be written in the future by anyone in the world. But it also creates a “snap back” retroactive safe harbor that will scare songwriters into not filing infringement lawsuits before the bill even gets a vote, or what the law calls an “in terrorem” clause.  Those clauses are designed to scare people into not taking legal action to protect their rights and the MMA has a huge one in the first of several brand new safe harbors that will be way worse than the DMCA.

What this paragraph means is that unless a copyright owner has already filed a lawsuit against a service for infringing uses that occurred prior to January 1, 2018, that infringing service can only be sued for the measly streaming mechanical royalty–which almost guarantees that the service will never be sued.  No statutory damages, no attorneys’ fees, no injunctions.  This is why Wixen Music Publishing filed a lawsuit against Spotify on December 29, 2017.  (Note that suing for unpaid royalties is the only type of claim the copyright owner can make against the infringer.)

The “license availability date” is the January 1 following the second anniversary of the date the bill becomes law (assuming it ever does).  I have no idea why this section is written this way which seems designed to confuse anyone who is not already familiar with it.

I also have no idea what is so special about January 1, 2018 aside from the fact that it was a matter of days after the bill was quietly introduced, before a copy of the bill was made publicly available, and was most likely to protect further lawsuits that might affect the rumored Spotify IPO.  (Which is why some call the MMA the “Spotify Preservation Act”.)

And of course the clause that limits the safe harbor to situations where the “digital music provider can demonstrate compliance with the requirements of subparagraph (B) [searching for copyright owners that 60 million mass filings of “address unknown NOIs suggest they are incapable of doing]” would itself require a lawsuit.  How do you think Big Tech would respond to a request for proof?  Probably a two world answer “we complied” followed by another two word answer to the inevitable challenge.  That means that every songwriter would have to be willing to sue some of the biggest corporations in the world with no guarantee of the statutory damages and attorneys’ fees in the private attorney general provisions of the Copyright Act.

Yes, as Tom Waits teaches us in Step Right Up, “the large print giveth and the small print taketh away.”

Ask yourself this–if a copyright owner didn’t know about this bill and filed their lawsuit after January 1, 2018, what would happen if the bill is subsequently enacted into law with this in terrorem clause intact?  When you ask people who were involved with the closed door negotiations of the bill that produced this clause, you get the answer “DiMA wouldn’t agree to take that out”.  Well, no kidding.  The very presence of this clause in a draft bill creates the in terrorem situation that is the clear object of the exercise.  So much for closed door negotiations.

Aside from the whole MMA being very poorly thought out and a vicious attack on basic rights of songwriters, Attorney Richard Busch, among others (including me), believe this section to be violative of several of our most cherished protections in the Constitution and it certainly doesn’t pass the smell test for work the government should be about.  If anyone thought that this bill was designed to get the government out of the music business, that is just a laughable assertion.

More on this later, but I’d be interested in hearing from anyone who has an idea how this in terrorem provision would be given effect if someone dared to test the punitive legislation and filed an infringement case after January 1, 2018 for “prior unlicensed uses” that occurred before the enactment of MMA but within the statute of limitations.  My view is there’s no fixing this section and it just needs to be stricken now rather than wait the five to ten years or so it will take for a case to reach the Supreme Court or WTO.

One thought on “The Music Modernization Act’s “In Terrorem” Clause”