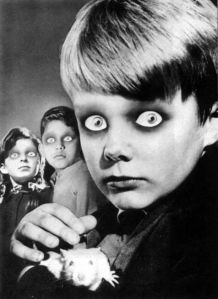 No one should be surprised that Google and Facebook are now recruiting children for their lobbying campaign against copyright reform in Europe.  They’re using an old pimp’s scare tactic–get them addicted and then threaten to cut them off.  As former Facebook President Sean Parker said, “God only knows what [Facebook is] doing to our children’s brains.”  Actually, you don’t have to go as high as God–Google, YouTube and Facebook know exactly what they’re doing to our children’s brains.  (Kind of old news to MTP readers–see But Do Their Eyes Glow: The Children of the Lessig God and the Viking Pirate Kings from 2006.)

This has come up recently in two different ways in Europe through Google and Facebook’s lobbying campaign against the Directive on Copyright in the Single Digital Market, also known as “Article 13.” (“Article 13” refers to the section of the draft directive that gives Google, Facebook et al the most agita).  Article 13 would go a long way to closing Europe’s version of the highly profitable safe harbors for Google and Facebook.  Thus stopping the biggest income transfer in history, also known as the “value gap,” or as I call it, the alibi.

And then there’s the pop-up ads on YouTube that come up in that nagware prompt asking you to subscribe to YouTube premium (no matter how many times you decline)–the popup now has a prompt to “learn more” about Article 13:

Who do you think this is directed at, hmmm?   And then YouTube uses its seeding accounts on other social media to praise the lobbying campaign and create spin.  Sometimes the connection is with Twitter users like this person who actually appears to work at the Google Digital Garage in Manchester:

And there you have it.  But this is really old news–who can forget Jimmy Wales’ admonition to the young plagiarists who copy their homework assignments directly from Wikipedia (ask any teacher, it’s true).  His warning of the Wikipedia blackout for the fake SOPA campaign was pretty clear (as reported in the Hollywood Reporter):

This is not to overlook the “Young Pirates“, the Pirate Party’s own generational campaign that has some really unsavory historical overtones, although one has to believe those overtones are unintended.

But the worst of this is what appears to be a campaign targeting the children of MEPs.  According to European researchers, there were calls made to some of those children trying to convince them to convince their parents to vote against Article 13.

None of this should come as a surprise–YouTube has a long history of failing to protect children from a host of unsavory activities on YouTube.  A must read post by James Bridle tells us of the truly bizarre goings on at YouTube Kids.

I’ve also been aware for some time of the increasingly symbiotic relationship between younger children and YouTube. I see kids engrossed in screens all the time, in pushchairs and in restaurants, and there’s always a bit of a Luddite twinge there, but I am not a parent, and I’m not making parental judgments for or on anyone else. I’ve seen family members and friend’s children plugged into Peppa Pig and nursery rhyme videos, and it makes them happy and gives everyone a break, so OK.

But I don’t even have kids and right now I just want to burn the whole thing down.

Someone or something or some combination of people and things is using YouTube to systematically frighten, traumatise, and abuse children, automatically and at scale, and it forces me to question my own beliefs about the internet, at every level. Much of what I am going to describe next has been covered elsewhere, although none of the mainstream coverage I’ve seen has really grasped the implications of what seems to be occurring.

In a recent interview with Kara Swisher on Recode, YouTube CEO Susan Wojcicki got this question from the audience:

[My] nine year old [daughter], she uses YouTube essentially as her search engine.  Obviously the parent company Google is incredible at search and the search always comes up good even though there’s a lot of crappy web pages.  When it comes to YouTube she watches kids oriented videos and then the “recommended” list comes up, there’s some really disgusting stuff in there….It seems really bad, and my kid is well under 13, she’s not supposed to be able to see this stuff and she sees it all…

Senator Ben Nelson commented on content that Google allows to be “readily available and promoted by Google” like wine tasting tips, how to make sulphuric acid and toxic chlorine gas, and some of the YouTube videos that James Bridle discovered.  The answer?  Parents can notify Google of problems and Google will help parents restrict what their children can see.

Senator Nelson asks why should parents have to do any of this?  (Sort of like why should any artist have to monitor the Internet 24/7 to send DMCA notices?)  Imagine how he would feel if his children (or grandchildren) were contacted to lobby against him?

Let’s be clear–this is all about the money.  Google and Facebook have produced the addiction in their users, adults and children alike, that they are now trying to exploit through scare tactics.  Because let’s face it–as Sean Parker tells us, these companies are not in the media business or the music business.

They are in the addiction business, make no mistake.

And now they are twisting that addiction for a corporate lobbying campaign with one purpose–enriching themselves through the greatest income transfer of all time and doing so at any cost.