As Susan Crawford tells us:

I was brought up and trained in the Internet Age by people who really believed that nation states were on the verge of crumbling…and we could geek around it.  We could avoid it.  These people were irrelevant.

It’s rather stark when you see it.  We all know that Google is a government-level power and is enjoys a level of political influence on par with many countries, well ahead of its commercial rivals in the U.S.–and this doesn’t even count the tens of millions it spends buying academics and librarians or supporting the EFFs, Engines, R Streets and Fight for the Futures of the world. 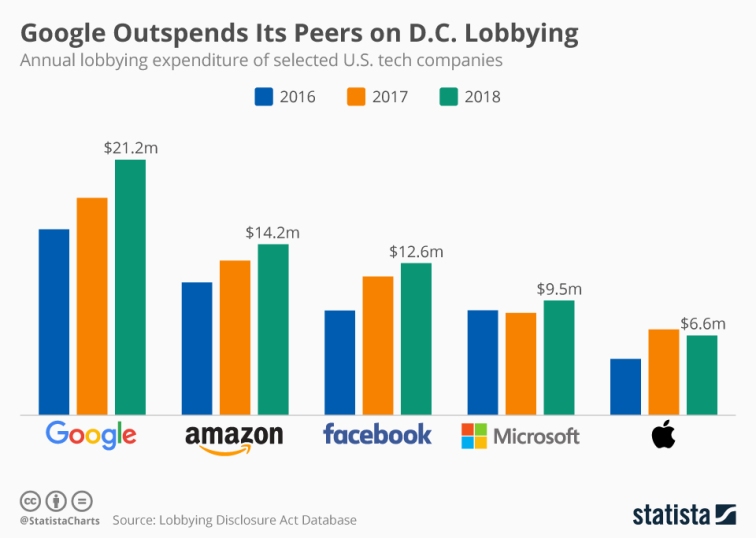 Whether you take Big Tech as a group or individually, these companies–and especially Google–spend like they were countries.

Google’s lobbying spend compares favorably to South Korea’s spend in the U.S., which is the biggest foreign lobbyist according to Open Secrets: 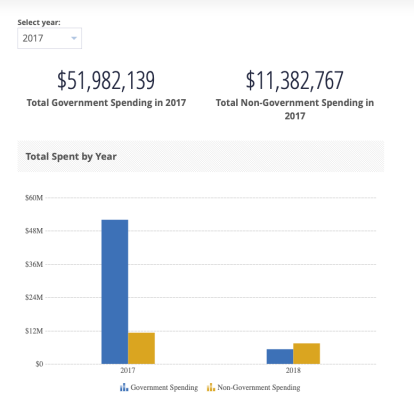 And to the People’s Republic of China U.S. lobbying:

For Article 13 comparison, Germany and France came in at the end of the pack:

When you consider that all of the Big Tech lobbying spenders in the graph except Apple are also in the Internet Association and indirectly in the MIC Coalition, many things become clear.  It means that Michael Beckerman, the head of the Internet Association who apparently has some modeling aspirations looking very Zoolanderesque,  gets to buy nice things.  But then as a wise man once said, brown shoes don’t make it. 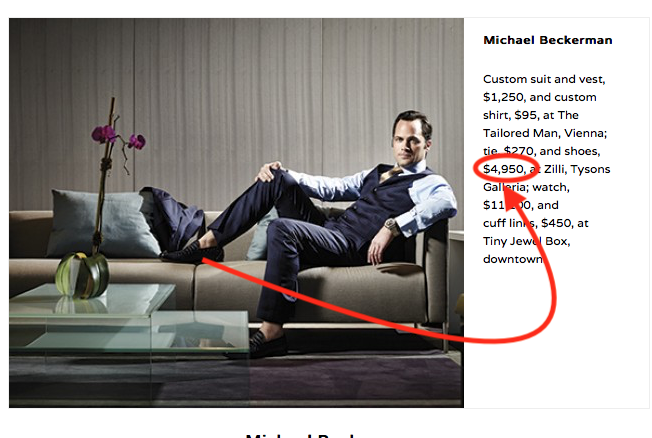