At midnight of 8 May 1945, German military forces in Norway surrendered to the Allies.  On 10 May this fellow in a kilt, aka Lt. Col. F.R.G. “Bobby” Chew of the Seaforth Highlanders accepted the surrender of German land forces in Norway from General de Boer: 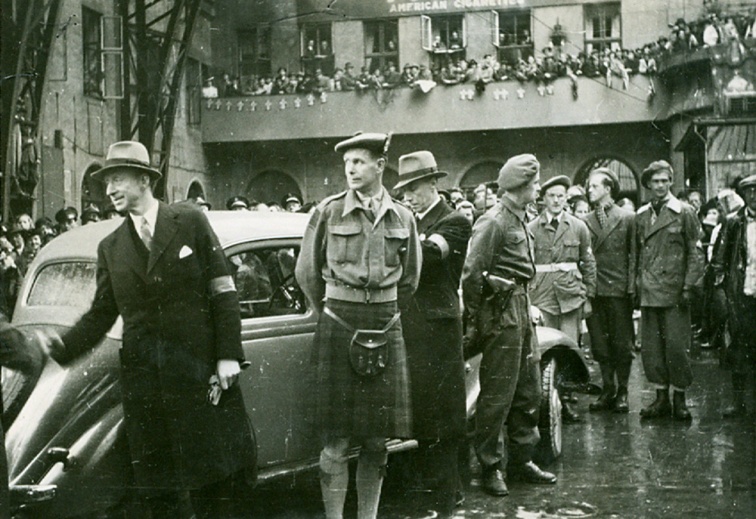 Upon accepting the German surrender, Bobby took command of all military forces in Norway, decamped to Bergen and remained there until the S.H.A.E.F. Mission and the Allied Military Commission in Norway ended in October 1945.

As I always say, when you need someone to do a man’s job, send a man in a kilt.  (Even an Englishman in a kilt will do.)  Now why S.H.A.E.F. chose Bobby to do this particular job was a question I never got an answer to.  I’m sure it had nothing to do with proposing to one Eva Mohr, a fighter in the Norwegian resistance and widow of Conrad Mohr, a dashing young flyer and great hero of Norway.  Eva became Eva Chew, and remained so until their last days.

The two of them were among the kindest people I’ve ever known with that special kindness of people who had known unspeakable horrors.  The best mentors a young man far from home could ever have.