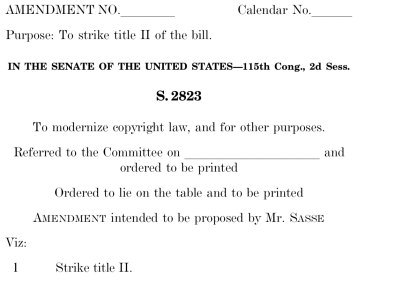 It’s important to know who your friends are, and we’ve learned this week that Nebraska Senator Ben Sasse is not one of them.   It’s a bit surprising given Omaha’s musical legacy that starts with the big band era–you know, the musicians and artists Sasse was trying to dis with his amendment to strike the CLASSICS Act pre-72 fix from the Music Modernization Act.  Not to mention the Saddle Creek juggernaut.

It’s such a strange little tableau that it’s hard to really understand what in the world Senator Sasse thought he was up to with his vicious little amendment that would stab pre-72 artists and their heirs in the alley.  But we learned to keep a close eye on this character who seems to be in league with Senator Wyden, Google, Public Knowledge and the Electronic Frontier Foundation.

So while you think about that one, you may want to have a listen to his fellow Nebraskan, my friend Buddy Miles with my old band mate Wally Rossi on guitar.