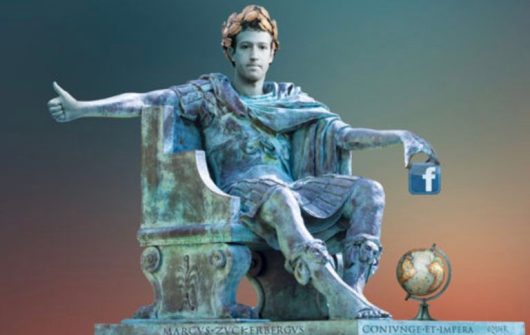 We’ve all experienced the sneering smugness of the executives at YouTube, Vimeo, Facebook and Amazon looking down their noses at artists and labels (especially independents).  (Never a problem with Apple in my experience, by the way, gee I wonder why.)

But the ontological definition of smugness is often found in the smuggest of the smug–former executives from a business in one of the copyright categories who quisling their way into a job defending surveillance capitalism at one of the big social networks.  There is no better example than Campbell Brown.  Yes, that Campbell Brown, formerly of CNN.

Ms. Brown, you see, is now Facebook’s “global head of news partnerships” or something like that.  She’s the one that Facebook sends out to try to convince news organizations that Mark Zuckerberg isn’t out to destroy or at least censor them and their readers.

According to multiple reports, in The Australian, The Sun, The Guardian and others, Ms. Brown is quoted as telling a group of Australian news media executives (this from Olivia Solon in The Guardian):

“We will help you revitalise journalism … in a few years the reverse looks like I’ll be holding your hands with your dying business like in a hospice,” she said, in comments corroborated by five people who attended the meeting in Sydney on Tuesday.

Now ask yourself this–how many times have you heard this exact kind of thing coming from Big Tech executives?  I know I’ve been hearing it since at least 1999 if not before.  That stuff is really, really getting old.

But wait, there’s more of the same.

During the four-hour meeting, Brown also talked about the company’s decision to prioritise personal posts from family and friends over journalistic content within the news feed. The move has hit some publishers who rely heavily on referrals from Facebook hard.

“We are not interested in talking to you about your traffic and referrals anymore. That is the old world and there is no going back – Mark wouldn’t agree to this,” said Brown.

Of course, the real problem is that because of a variety of safe harbors, it is difficult for news organizations to cut off “journalistic content” from Facebook altogether which is exactly what they richly deserve.  If you’re going to the hospice anyway, wouldn’t you rather go to that big news conference in the sky on your feet than on your knees?

And here’s the height of smugness from Ms. Brown:

The Australian also reported that Brown said that Facebook’s chief executive, Mark Zuckerberg, “doesn’t care about publishers but is giving me a lot of leeway and concessions to make these changes”, although both Facebook and Brown vehemently deny this comment was made, referring to a transcript they have from the meeting.

Facebook would not release the transcript from the meeting.

Of course they wouldn’t.  They have all the data in the world that they sell to anyone with a pulse, but they’re not going to release that transcript.  Presumably this is on the advice of Facebook’s soon-to-be-departed general counsel, the eponymous Mr. Stretch, he of the Dickensian name.

The upshot of the story would appear to be self-aggrandizement by Campbell Brown–who many would have thought better of–that your business is dying unless you deal with me because Mr. Big is too big for you but has deputized me to throw you some scraps.

Even though Ms. Brown and Facebook deny the event ever happened that way, I have to say that it all rings very true to me.  I think it will ring true to anyone who has dealt with those who jump ship but then go sell themselves based on their past work experience to a buffoon like Zuckerberg (who kowtows like Bozo to authoritarian regimes, literally).  Amazing what a few stock options will do to elevate one’s opinion of oneself.

All that’s missing is for the journalist trades to hail Ms. Brown’s expertise and deal making ability simply because she was once a passenger on the ship she jumped from.  That would complete the ontological smugness of it all.