The cover of the first magazine issue of MAD in 1955 bore these prophetic words:

This magazine is vital for you to read and inside you will find an extremely important message from the editors.

Even in its decline, those words are true today but for reasons that are not particularly funny–except perhaps to Marissa Meyer and Arianna Huffington as we will discover.

What did the editors mean at the time?  Well, what else was happening in America in 1955?  Oh, yeah, these guys: 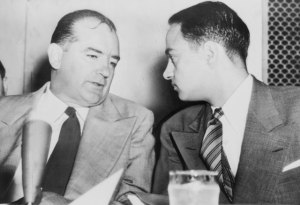 Think it didn’t take guts to launch a parody magazine in those years?  Think again.

But, unlike the many newsrooms that have simply disappeared with the rise of Google and Facebook, MAD is not going away entirely.   The Hollywood Reporter tells us:

The beloved satire publication will no longer be sold on newsstands after the August issue, and future editions will shift to previously published material with new covers.

In other words, the value in the magazine will be in re-cycling the past, or one might say commoditizing MAD Magazine so it can be monetized online.  The irony here should not be lost on anyone–a major defender of fair use parody and satire is having its bones picked over by the fair use profiteers.  (See Judge Kaufman’s opinion giving MAD a victory in Irving Berlin et al., Plaintiffs-appellants, v. E. C. Publications, Inc., et al. [MAD], Defendants-appellees, 329 F.2d 541 (2d Cir. 1964) (cert. den.) for those reading along at home.)

Carr’s Google Enigma made a familiar business strategy point: companies that provide one component of a system love to commoditize the other components, the complements to their own products, because that leaves more of the value of the total stack available for the commoditizer….Carr noted that Google is unusual because of the large number of products and services that can be complements to the search function, including basic production of content and its distribution, along with anything else that can be used to gather eyeballs for advertising. Google’s incentives to reduce the costs of complements so as to harvest more eyeballs to view advertising are immense….This point is indeed true, and so is an additional point. In most circumstances, the commoditizer’s goal is restrained by knowledge that enough money must be left in the system to support the creation of the complements….

Google is in a different position. Its major complements already exist, and it need not worry in the short term about continuing the flow. For content, we have decades of music and movies that can be digitized and then distributed, with advertising attached. A wealth of other works await digitizing – books, maps, visual arts, and so on. If these run out, Google and other Internet companies have hit on the concept of user-generated content and social networks, in which the users are sold to each other, with yet more advertising attached.

In the case of MAD, Jim DeLong’s theory is still quite applicable–it’s just the creation of the compliments is evidently going to be old material with new covers (possibly user-generated).  And one of the leading and most influential sources of parody and satire is left flopping and gasping for air alongside the Rocky Mountain News and a host of other disappeared newsrooms in the ones and zeroes where no one can hear you scream.

Let’s understand that MAD’s decline is actually very important because it’s symptomatic of a serious harm at work around the world as the scrutiny of elected officials declines directly with the closing of newsrooms and the transmogrification of independent journalism into social media “reporting” that is edited, controlled, filtered and monetized by you know who.  It is well to remember the dire warning from David Simon in 2009 before the U.S. Senate Commerce, Science and Transportation Subcommittee on Communications and Technology.  (David Simon wrote and produced The Corner, The Wire, Treme and was formerly a crime reporter for the Baltimore Sun.)  Mr. Simon told the Senate hearing on the Future of Journalism and Newspapers:

Understand I’m not making an argument against the Internet and all that it offers. But you do not in my city run into bloggers or so-called citizen journalists at City Hall or in the courthouse hallways or at the bars where police officers gather.

Because high end journalism is a profession. It requires daily full-time commitment by trained men and women who return to the same beats day in and day out, reporting was the hardest and in some ways most gratifying job i ever had….

The day I run into a Huffington Post reporter at a Baltimore zoning board hearing is the day I will be confident that we have reached some sort of equilibrium…[but] the next ten or fifteen years in this country are going to be the halcyon era for state and local political corruption….

And the fair use profiteers Marissa Meyer (then still at Google) and Ariana Huffington also on that Senate witness panel were yucking it up.  Maybe it’s because they knew no one was listening to David Simon’s warning about corruption–for some reason.  The subsequent history certainly suggests that if anything David Simon underestimated the extent of the corruption. 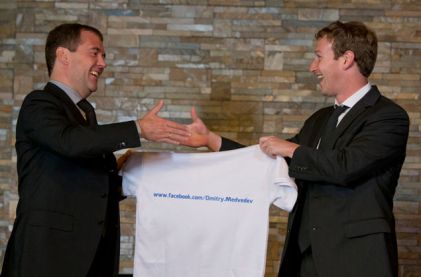 But that magazine is vital for you to read and inside you will find an extremely important message from the editors.  And remember–we were warned.  While they laughed.

One thought on “What, Me Worry: The Decline of MAD Magazine and David Simon’s Dire Prediction”