Cap on stat. damages in the Copyright Act is $150K. Cap in the #CASEAct is $15K. Cap in Oregon small claims ct is $10K. @RonWyden proposes reducing CASEAct stat damages to $750–a 95% reduction. That barely covers fees for bringing the case. That's not negotiating in good faith.

Senator Ron Wyden is up to his old tricks–he’s got a secret hold on the CASE Act and is taking his usual ridiculous positions just to see if he can get away with it.  His day of reckoning has been coming for a long time and may have just arrived.  We don’t come to the Congress looking for a fight, but he does.  Maybe now he’ll get one.  Like any other bully, there’s only one way to make it stop.

Why would Senator Wyden care about the CASE Act?  Because Google does.  And why does Google care?  Because the CASE Act would provide meaningful relief to artists in all copyright categories caught up in DMCA hell, the ennui of learned helplessness brought on by the call and response of notice and counter notice that gives Google domain over vast numbers of copyrights from people who can’t afford to fight back in federal court.  And Google cannot have that.

So what is going on that prompted a kind and reasonable fellow like Copyright Alliance chief Keith Kupferschmid to accuse Senator Wyden of bad faith negotiations in the above tweet?   Quick recap:  Remember there’s new legislation working its way through Congress that would establish a new “small claims court” in the US called the CASE Act.  The immensely popular and bipartisan bill introduced by Rep. Hakim Jeffries, passed the House of Representatives on a 410-6 vote.  Yes, that’s right–410-6 in favor of the CASE Act.  (If you’re interested, you can download the CLE materials I put together for a recent bar association panel on the CASE Act.  This has a detailed explanation of holds, copy of the bills, and some other public materials.)

The legislation is now in the Senate which is the land of legislative secret holds and the kind of faux collegiality based on unanimous consent voting outside of the procedures we normally think of, especially floor votes.  At a high level, here’s how it works:  The Senate staff essentially emails around legislation and if no Senator objects to it, it is passed by unanimous consent.  Called “hotlining” this is pretty common in the Senate.  It does not require scheduling floor time and gets things done.

But see what they did there?  If just one–one–senator who objects to the hotlined legislation, it all grinds to a halt.  This is called placing a “hold” on the Senate version of a bill.  Which brings us to Senator Ron Wyden.

Senator Wyden has a history of placing holds on copyright legislation.  Most recently, he placed a hold on the Music Modernization Act in order to extract some further punishment for the old guys and dead cats who saw a glimmer of hope in the pre-72 part of the bill (Title II).  In what has become standard practice, the banshees from the Electronic Frontier Foundation and Public Knowledge swing into action with their Fear Uncertainty and Doubt campaigns in an effort to weaken copyright in any way they can get away with.

You know, these guys:

EFF and Public Knowledge treated us to this kind of propaganda: 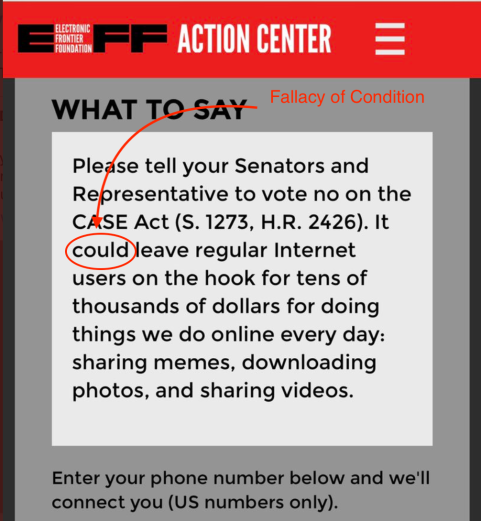 Both EFF and Public Knowledge used the Phone2Action tool which features this permission set for Twitter that sure looks like it’s designed to create a bot net: 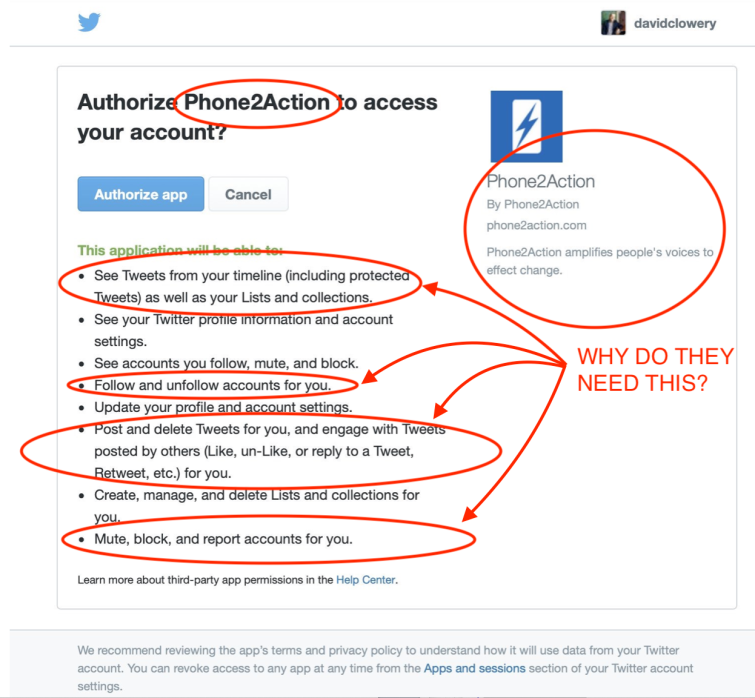 So back to Senator Wyden.  EFF and Public Knowledge are not the only ones with ties to Google in particular and Big Tech in general.  Senator Wyden represents Oregon, but he is actually from Palo Alto in what was once called the  Santa Clara Valley, but is now generally called Silicon Valley.  And what does Silicon Valley need that Oregon has?

Huge honking amounts of electricity to run the massive data centers that power Big Tech and allows them to store fuflops of data about you and me.  Remember–it takes about as much electricity to run YouTube as it does to light the city of Cincinnati.  And unlike Teslas, etc., that run on the magical power of cherubic elves jogging on golden flywheels, Google needs the same electricity that comes out of the wall from whatever source it is derived.  Here’s some data on the data centers: 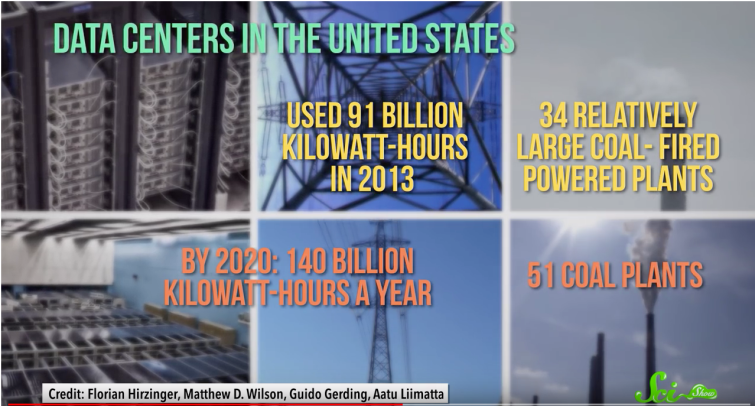 Needless to say, when you are groovier than thou Googlers, this little fact is distasteful and really jacks with your self-image.  Hence, Google seeks out “green” power as part of the mix–and here’s where Oregon comes in.  Courtesy of the taxpayer, i.e., you and me, Oregon happens to have a bunch of hydroelectric power from the Columbia and Snake Rivers Hydroelectric Project  that also extends into British Columbia.

Well, it’s not just courtesy of you and me, it’s also courtesy of the sacred lands given up by Native Americans for The Dalles Dam (Google’s main Oregon data center is located in The Dalles). The Dalles Dam has an interesting history with Oregon’s local Confederated Warm Springs Tribes and the Yakama Indians, too.  Thanks to the ever efficient Army Corps of Engineers and a bunch of federal taxpayer money, the Dalles Dam hoodwinked the tribes into giving up sacred land, which is now at the bottom of the reservoir, but that’s a story for another day.

According to The Oregonian:

Data centers have become one of Oregon’s biggest industries, with Google, Apple, Facebook and Amazon spending billions of dollars to buy and equip online storage facilities in rural parts of the state. They’re lured primarily by tax savings, which can shave tens of millions of dollars from a server farm’s annual operating cost.

Earlier this week, The Dalles city council and Wasco County commissioners voted to approve a package of “enterprise zone” tax breaks that exempts Google’s buildings and computers from local property taxes. The pact could save Google tens of millions of dollars or more over the 15-year life of the deal.

In exchange, Google will make an up-front payment of $1.2 million to local governments and $800,000 annually after that.

And who was formerly the chair of the Senate Energy & Commerce Committee?  You guessed it.

So back to Senator Wyden and his hold on the CASE Act (I won’t blame you if you’d prefer a shower right about now).  Remember that the CASE Act is the biggest threat to Google’s DMCA-based business model to come along.  So Wyden’s marching orders on the CASE Act is the same as it was on MMA and the same as it’s been for years.  Slow it down, weaken it, let the process grind it to bits if possible or extract so many concessions that it’s toothless or as toothless as it can be.

And that is why a good guy like Keith Kupferschmid is calling out Ron Wyden.  Because there’s #JustOne senator standing in the way of justice.

Grace is an avid photographer. Even at age eight she doesn’t understand why one man would stand between her and the art she creates. Any response, @RonWyden? #JustOne #CASEAct #Copyright @asmp pic.twitter.com/US2aZiTt9D