The nauseating Daniel Ek made something like a billion dollars in the last week on Spotify stock appreciation, while at the same time crying poor and fighting songwriter royalties every step of the way.  If you think this example of income inequality is revolting, brace yourself for the China Evasion.  But the U.S. Senate just passed legislation that may de-Ekify the massive infringers at TikTok (owned by Bytedance).

The massive infringer TikTok is planning on an IPO in the US in the near future. Even while being prosecuted for massive violations of the Child Online Privacy Protection Act for a few paltry million, Bytedance founder Zhang Yiming has accomplished the impossible–getting a puff piece in HITS and also making the top 100 list of the Chinese Communist Party.

“Andrew Collier, managing director at Orient Capital Research, said the publication of the list, which comprises mostly founders of large firms, was indicative of Beijing’s increased focus on private firms as it seeks to boost the influence of the party in the sector.

“Xi Jinping has been very active in increasing state control through dual appointments and rotating positions between firms, which helps to lock down favoured corporate chieftains,” he said.

Given the influence of the CCP over public companies, like CCP members Jack Ma and Pony Ma, it shouldn’t be surprising that China’s President-for-Life Xi Jinping doesn’t like his public companies being audited by U.S. public accounting firms and held to the same standards as all the other public companies.  You know, Sarbanes Oxley and all that jazz. 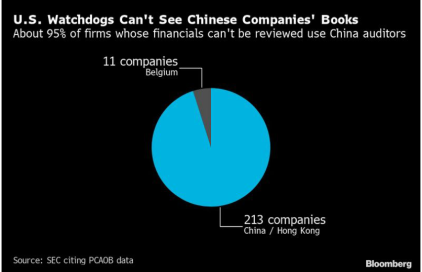 For reasons that are difficult to fathom, China somehow managed to finagle a pass on SarBox compliance in 2013 that has been decried far and wide (recently by Arthur Levitt, President Clinton’s SEC chairman).  According to Reuters, “The audit-quality issue has been festering since 2011, when scores of Chinese firms trading on U.S. exchanges were accused of accounting irregularities.”

Jeffrey Mahoney of the Council of Institutional Investors said at a Harvard Law School conference on accounting standards,

“[W]e have read with concern the recent press coverage of the alleged accounting fraud at Luckin Coffee Inc.  As a result of the allegations the company valuation has taken a very large hit.  As one financial expert on China has reported: “It marks the worst crisis in confidence for China Inc. since a decade ago….”  As you are aware, the auditor of Luckin Coffee Inc. is Ernst & Young Hua Ming LLP.  Ernst & Young Hua Ming LLP has been [an SEC-registered accounting] firm since 2004, but has never been subject to a Board inspection.”

That is all about to go out the window in the Holding Foreign Companies Accountable Act (S. 945) that unanimously passed the Senate on May 20 and is now on the way to the House where it is also expected to pass.  It will be very interesting to see who votes against it.

According to Bloomberg the Holding Foreign Companies Accountable Act says:

And if you don’t think that the CCP has control over the top 100, think again.  That takes “charted” to a whole new level.

Stricter U.S. oversight could potentially affect the future listing plans of major private Chinese corporations from Jack Ma’s Ant Financial to SoftBank-backed ByteDance Ltd. But since discussions on increased disclosure requirements began last year, many other Chinese companies have either listed in Hong Kong already or plan to do so, said James Hull, a Beijing-based analyst and portfolio manager with Hullx.

“All Chinese U.S.-listed entities are potentially impacted over the coming years,” he said. “Increased disclosure may hurt some smaller companies, but there’s been risk disclosures around PCAOB for a while now, so it shouldn’t be a shock to anyone.”

Why would they list on Hong Kong when they are already listed on NY?  Because they anticipate getting dumped from NY and they will still trade on the Hong Kong exchange for all the suckers.

This is all assuming that the executives aren’t prosecuted for child endangerment of one kind or another.  Well…charged, maybe not prosecuted.  They’d have to be in the US to be prosecuted and they sure won’t get charged in China and they definitely won’t get extradited.  TikTok takes “deceiving the sky” to a whole new level and my bet is that Bytedance will not be trading on any US exchange anytime soon if the US Congress has anything to say about it.  And they do.

I’m waiting for one of those cutesy HITS animations with a Pooh Bear send up of Xi Jinping.  I seriously doubt there are sufficient cahones at HITS to mock the CCP, but go ahead, make my day.  And if they do roll the dice on Little Bear Winnie, try posting that animation on TikTok and bet the over under on how long it lasts. 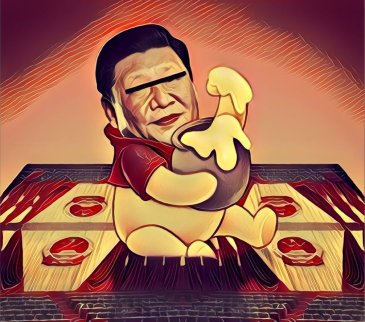