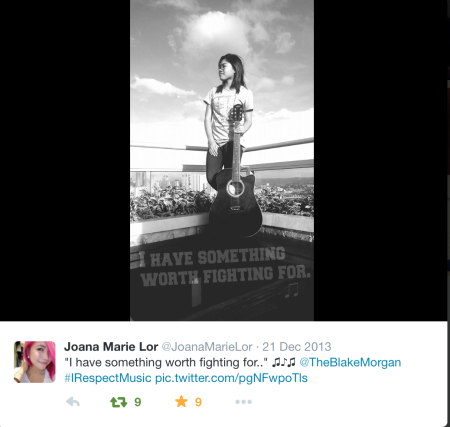 I don’t often ask MTP readers to agree with me, much less sign a petition.  But the exception proves the rule and I’m asking that you please sign the petition to support legislation in the U.S. Congress that would close the loophole that some digital music services have been leveraging for quite some time on so-called “pre-72” recordings.

If it sounds implausible that the date a record was released should make a difference in copyright protection or entitlement of the artists to the same royalties as everyone releasing records after that date–that’s because it is.  It’s actually worse–it’s the kind of thing that someone would do if they truly viewed music as a commodity.

But that’s exactly what Pandora and Sirius started doing a few years ago when a truly meanspirited bunch of lawyers and bean counters decided they could save a few bucks by stiffing old guys and dead cats and their heirs.  Between Pandora and Sirius, this bunch of rocket scientists have paid out $300 million in settlement to the major labels and will pay even more in that Turtles class action to the indie community.

And that’s right–these geniuses could have come out better if they had just paid the damn royalties in the first place.

So you know what this is about–it’s a piece of the #irespectmusic campaign for artist pay for radio play.  Except this time it’s about reclaiming rights we already fought over back in 1995.  It’s about claiming a little piece of righteousness for those who can’t do it themselves.

What these jerks at Pandora and Sirius (and the Digital Media Association) were really about was bootstrapping an issue into a bargaining chip by withholding payment on pre-72 recordings like bullies do.  And here’s why:  Remember Blake Morgan told us that the U.S. is one of the only countries in the world that doesn’t recognize a performance right for sound recordings?  Well, before 1972 the U.S. didn’t recognize a federal copyright in sound recordings at all.

The Congress amended that astonishing oversight in 1972 to recognize a federal sound recording copyright and then in 1995 and 1998 adopted a limited performance right in sound recordings performed in a digital medium.  You know–back when it didn’t seem like this funny digital thing didn’t matter much.  Under certain circumstances, there is also a royalty paid for digital performances for webcasting, simulcasting, satellite radio and a few other radio services.  That’s basically your “SoundExchange money.”

Sounds good, right?  Do you think that there was one member of Congress in 1995 who voted for the limited performance right but secretly said king’s x–a royalty for everyone except James Brown, Duke Ellington, Aretha Franklin, Ella Fitzgerald, Louis Armstrong, Jimi Hendrix, Willie Nelson, Buddy Holly and ZZ Top?  No, but that’s what the Digital Media Association, the NAB and their knuckleheads would have you believe.  Remember–not even Pandora believes this bunk anymore.  Amazing what new lawyers will do for the soul.

So the Congress has been forced to introduce legislation to fix the pre-72 loophole once and for all–and that’s what I’d really appreciate your support for.  The bill is called the CLASSICS Act and it’s supported in the House by Ranking Member Jerry Nadler (D-#irespectmusic) and Rep. Darrell Issa (R-CA) and in the Senate by Sen. Chris Coons (D-DE) and Sen. John Kennedy (R-LA).

We have a lot of people to thank for advancing the ball to this point, especially all the folks carrying the legislation, but especially Ranking Member Jerry Nadler who thankfully believes in this so much he’s always up for another fight for artist rights.  We also have to thank The Turtles and their team, SoundExchange CEO Mike Huppe and his team, and Chris Israel and his team at MusicFirst.

You told them how you feel about #irespectmusic and I would ask you to please do it once again because we can’t stop fighting until the fight is done.  But don’t do it for me, do it for Ella, Aretha, the Duke, the Count, Maceo, Jimi with an i and Hendrix with an x.  Do it for all of those who came before, both living and back home and those they left behind.

We never ask you to sign anything you don’t understand, so if you’re still unclear, please let me know.

The MusicFirst Coalition has a petition here.  I’d really appreciate your signing up.